The Counter Narrative #6 Forget the Details 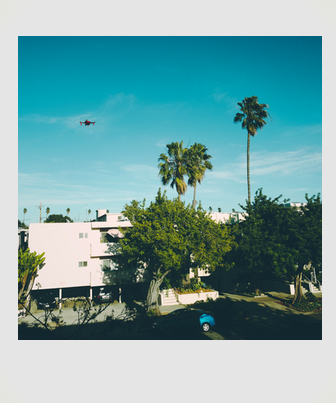 I kept a special taser handy to take down my neighbor’s drone. He often piloted it to my window, annoying me as he prospected for water.

For a long while, I had a good supply of water because I bought one of the early home desalinators from Amazon. Mornings, I would go down to the ocean, scoop up as much seawater as I could carry in repurposed water jugs taken from the supermarket trash, and hump my bounty home in a big red Kelty backpack to conceal what it was. I dumped the seawater into my little Amazon X-50 and after a two hours of processing I had enough fresh water for the day. It worked like a dream until one day it broke.

My neighbor didn’t know that, however, and kept buzzing my apartment with his drone. He didn’t know, either, that my drone taser wasn’t very good. It was an Amazon Model 6, prone to misfires. But when aimed at his drone, it looked serious. He saw what I was up to and piloted it away to search for water elsewhere. His drone was valuable, a red Amazon Z-5000, one of the early water-prospecting models. If my cheap taser worked and took it down, it would be a big loss for him.

My children were unhappy about the water situation after the X-50 broke. I explained how we had to leave California because it wasn’t livable any more.

Californians are famous for their powers of denial. A pandemic can rage and they won’t wear masks. Earthquakes and fires will take away their homes and they will rebuild them just where the tragedy happened. What’s that definition of insanity? I can’t remember, but I know that societies can collectively manifest illusions. These are belief systems, a signal in the sky or a net under which we all crawl, and they eventually define us. We look up, see only the delusion instead of the sky, and come to our own conclusions.

I made that Polaroid one August when my neighbor’s drone was prospecting for water. It’s the sixth picture in this series, so there are only two left to show you. Palm trees look good whatever the season, even when the seasons sped up or got mixed up. Winter lasted two weeks. Summer lasted forever as we smothered under a blanket of heat. After the electrical grid broke, we all worked by the light of our cell phones. We fired up the generators to watch the last episode of American Idol. Paula Abdul was a hologram by then. The real Paula was finally too old to dance.

When our batteries ran low, we jumped on bicycles to charge the generators or we worked in darkness or waited for the heat of the day to see if the heat exchangers worked. That’s how we watched the last episode of Dick Clark’s New Year’s Rockin’ Eve with Ryan Seacrest. The heat exchangers gave us just enough power to flicker the screen to life to see the Seacrest hologram walking around a mockup of Times Square. The real Ryan was too old to go outside, and the producers of the show were too young to know who he was. They spelled his name Brian Seacrest.

In 2019, we waited for rain for a year. Just a sprinkle arrived. Then the winds came and California burned. I remember being soothed by the roar of air tankers crossing the sky. They scooped up seawater and dropped it on the flames, then returned to the sea.

We looked at the blackened woods that once held our houses and said, “Let’s rebuild.” As the oceans rose, the houses with the best views peeled away and dropped into the sea. “It’s the risk you take for a view like that,” we said. As the ocean invaded, paradoxically, there was less water to drink. Do you remember when you first went into a market under the freeway to buy water at prices you couldn’t imagine? We did it for our children. We did it for the people we loved. At night, if the heat exchangers worked, we looked forward to watching the last episode of The Bachelor.

We waited as long as possible to join the great migration. When we left, only the poor and elderly remained in the bottom half of America. Everyone else went to where it was cold. Detroit. Albany. Rochester. Toronto, if the Canadians would let you in.

If you have a moment, look at a piece of mail addressed to you. If you’re not living in Albany, or Rochester, call your broker and ask if there is land up north. Get a house on the coldest river that you can find. Cold is what you want. Not three bedrooms. Not a lawn. You want a root cellar. Just move to where it’s cold and wait. It will be green there soon enough, and you’ll avoid the water riots. You won’t have people knocking on your door with empty jugs begging for water with crying children in their arms. Try telling them that your X-50 is broken. Shout “Cheap Amazon junk!” through your door and be glad you don’t have to look at their eyes. Crawl out from beneath the net of illusion and leave for the north. Or stay and join the Reversal. I can get you a front-row seat. For a while, I was one of its leaders.