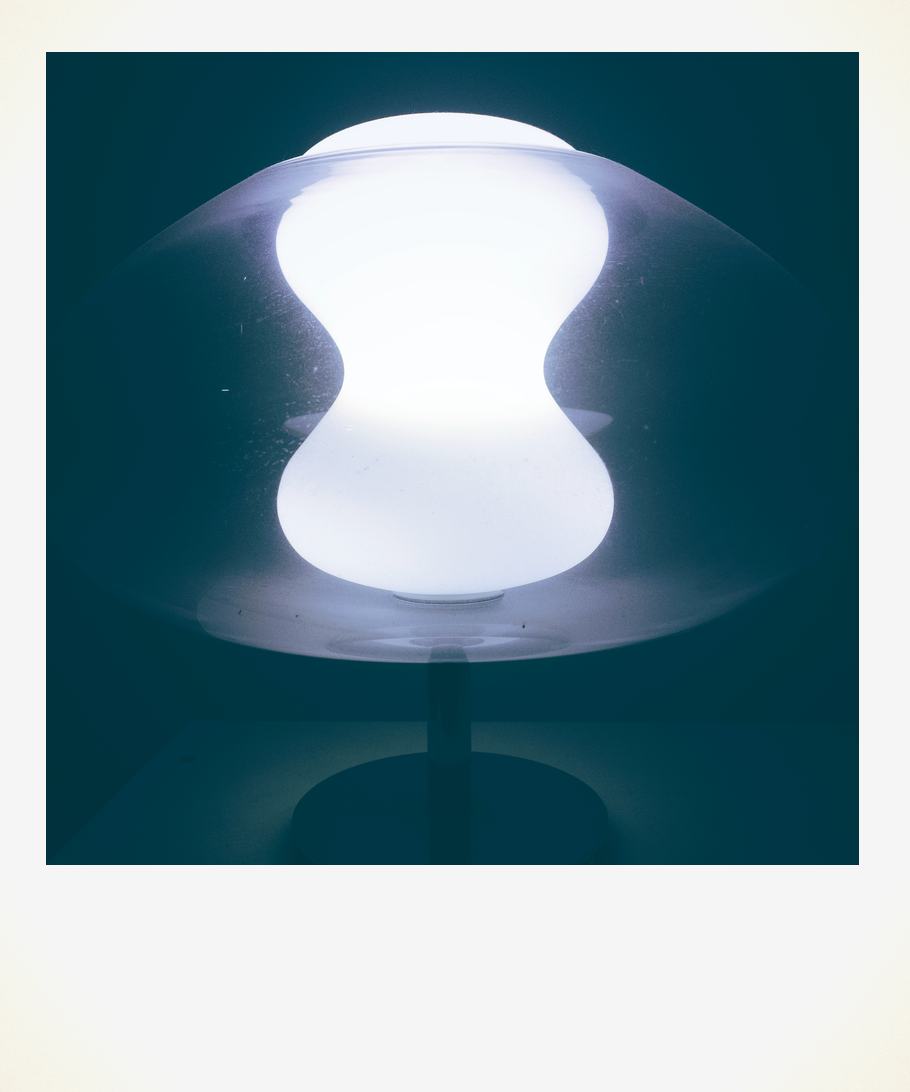 The four of them gathered to have a look at the container unit. It was a vintage model, on a stand, sleek for the time. Looking old now. Their attention was divided. They were here to talk about the unit and instead they stole glances at each other. They hadn’t been together for months.

“Some kind of problem,” said the daughter, the eldest. “Nobody knows how to fix it.” True. It was made a long time ago. She liked to check things out. She liked to take things to their conclusion. She was telling the others that there were no manuals online anymore. Also true. “It’s like an 8-track tape going around to the beginning again.”

“Eight what?” The youngest son always asked more questions than the others.

“Tapes,” said his older sister. “For music.” The youngest looked at her blankly.

The voice kept on, cutting through their dialogue, telling a story about Thanksgiving dinners his mother made, and after she died the meals the caretaker made, and then the caretaker left town and nobody knew where he was now, maybe India because he had a wife from India, an endless unfolding of stories; they must have had a beginning, a middle, and an end sometime, but now they were chained together in an unstoppable assault. He would not stop talking. The curse of parallel processing. Even while posting. While recording. While thinking as he was now. While watching them through his eye orbits.

“Hate to say it, but we can’t get anything done.” It was the son closest in age to the daughter. They were just a few years apart. From the same mother. This son was the maker of things. Of the four, the maker son understood how the mechanism was malfunctioning because he had the closest relationship to this kind of machine. He was also the most diplomatic and gentlemanly. He was trying to be careful as he spoke, glancing at the eye orbits, unsure if they could really see. If they were functioning. They were. They were watching them unblinkingly. “It won’t stop,” he said, then corrected himself. “ He won’t stop.” The diplomat. “It’s impossible to think in here.” He was using the pod the most because it had a good studio. “Somebody has to occupy the pod or they will seize it.”

“Or squatters,” my daughter said.

“Or squatters,” agreed the maker. “It will be taken from us somehow.”

The youngest son looked to them. “Why will it be taken from us?”

“Because we must use everything.” That from the fourth, the other son, very quiet. He was a little younger than the daughter. He hardly said a word. When they gathered, which wasn’t often, months would pass between gatherings. Sometimes they would forget he was there. “Usefulness.” The word hung in the air. “I think we should power down. He’s on repeat. All the old stuff. Nothing new. Over and over.”

The other three looked at him with quiet shock. It was their father. Well, not really, but something like. The essence. Maybe not anymore. “It’s crystalline memory,” the eldest said. “It’s meaningful.”

The youngest: “We’re lucky they don’t come and fine us for wasting power. These units just keep going. Nobody can stop them.” Evidently he had done a little of his own research. “His stories are all hooked together.” Tangled like a net catching memories. Then he felt bad. Gazing through its orbits, the unit noted how he looked at his bare feet, breaking contact with the others. The youngest didn’t want to appear cold, but he had heard all these stories so many times before. Did they all really need to hear them again?

The eldest spoke. The daughter. “Maybe let’s let him go through this whatever he’s doing. Polaroids. Does anyone know what those are?”

The maker son knew. “They are images. Pictures you made with a camera.” Maybe he had used an SX-70 sometime.

“I’ve heard of those,” said the youngest son. “Cameras.” They were around when he was a boy. He had seen one on a shelf.

The orbits clicked. They all saw it.

It was waiting to hear what they would decide about it.