The Counter Narrative #4 Sorry, Nature, for Our Thoughtlessness 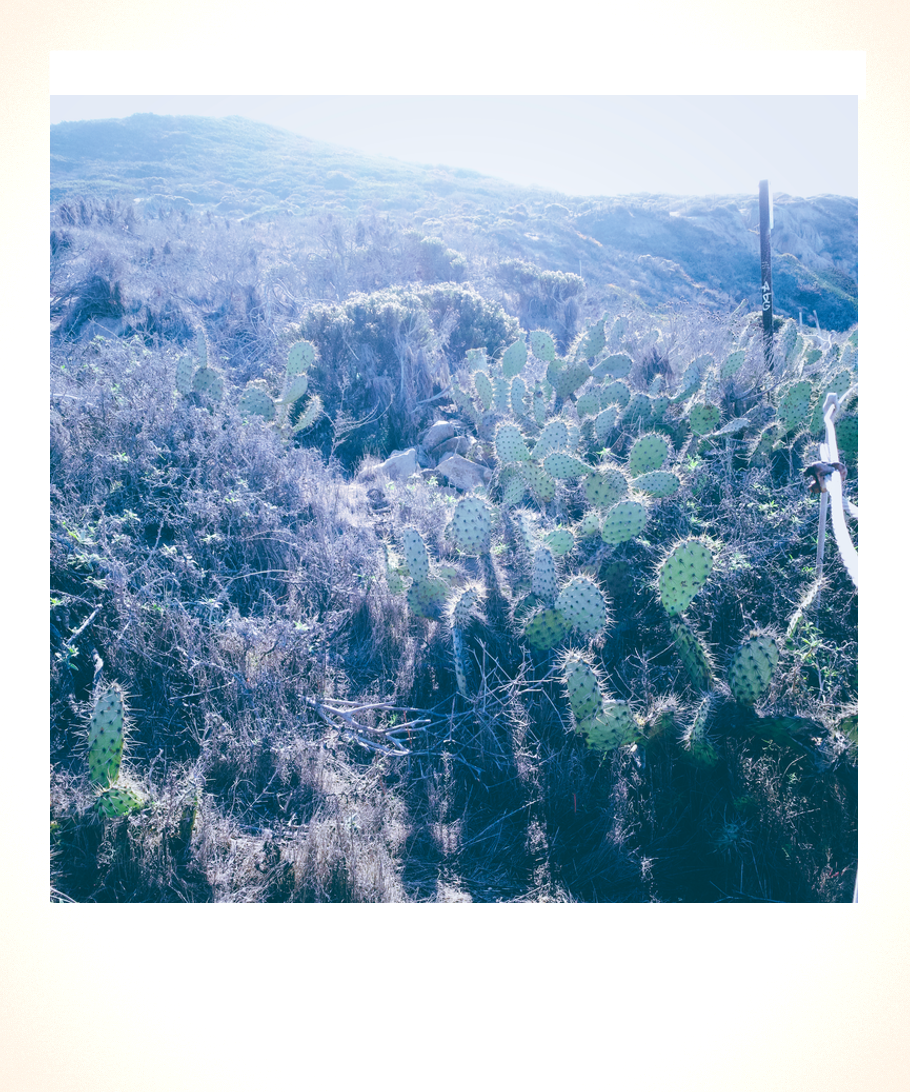 Here in California, and in Louisiana, and a place they once called Florida but later took the family name of a despot, the lowlands went entirely under water. Homes drifted away. Cities vanished. You wouldn’t think the Disaster would be so wet. But there you are.

There are places that I’ve known all my life, the high ground you would say, that have not been high ground for years. There are tops of mountains that I would climb that later you could get to with a boat. When you got there, and you killed the engine or listened to the sails luffing in the wind, what would you do? At the top of a former mountain, there is not much to do. It is only a bump reaching for the sky.

I offer another Polaroid. Just as casual as the last one. Camera aimed, click, moving on. The image means more to me now than it did when I clicked. Years ago, before I was Uploaded, we had to flee as the water closed in. Refugees from the weather. That image, even in its banality, depicts a lost world. I can never go back there.

Strange that the Disaster came so slowly. It was not slow in its final stages, but to our minds it was one day melting into another, one day monitoring air quality with a personal app, sensibly staying indoors when the fires came, sniffing the air for purity, checking the temperature and being smart about not going out when it was hotter than we could manage. The next day, just like that, the mountains disappeared, or so it seemed. We accepted the lines as they moved. The orb blared in the sky, the water got closer, children chalked the levels against locked stores, wading through the liquid streets with rubber boots and laughing like it was all a game. It was to them. Not until we realized that the mountains were not majestic did we realize what vision was stolen from us. You could reach the top of a former mountain in a sailboat, listen to the wind, and wonder what happened.

And yet (you ask me) you offer me a picture of cactus on a hill?

Well. I am an Uploader. Memories are all I’ve got. But you, you have a chance. You can do something. You can walk on the paths that remain. You can reach down and scoop up some dirt and stick out your tongue and taste it if you wanted to.

Look, when the American politicians banned cars, it was an excellent decision. Internal combustion damaged human health and many ecosystems of the Earth beyond repair. We let highways vivisect cities. We let roads cut through life. Human dependency on oil was a bad breakup that took a hundred years to end. I was seduced, just like you. I owned cars. I worked for an oil company in my youth. We’ve all been there, seduced and abused, then blamed by our tormentor. I’m asking because it’s the Solstice and the year is ending: Don’t blame yourself.

If you can, in the next few days, walk along a dirt path. Feel the earth under you. Lift some with your hands and let it flow through. It’s still there for you, in physical space, and you are in corporal form. Banal and extraordinary at once.

Civilization has been hard on nature. We humans have extracted, sliced and diced, and we’ve messed with the Mother. So stop for a moment. Say, sorry. Apologize for what we’ve done. We’ll make it up to you, maybe you can say something like that. We can fix this. End the abusive relationship.

There will be a restitution payment to nature. It’s coming, and I can tell you it will cost a lot, more than you’d like to pay. But there you are.